I put on my cycling gear and head to the fridge to take out the food for the day prepared last night. Overnight oats, some leftovers for lunch, another jar with snacks – nuts, seeds and dried banana chips I managed to buy in bulk. Sometimes, when I’m packing the salad, the thought of that jar weighing possibly twice as much as those leaves crosses my mind, but it’s quickly followed by the ‘more exercise for me so’ thought.

I kiss my other half goodbye and hop on the bike. As I am approaching the cars stuck in the bottleneck leading to the city centre, I am silently judging them from my high-horse, ehm, saddle…as they sit in their gas-guzzling pollution-puffing machines. I smile at my efficiency but frown at all the smoke I have to sniff in order to be green. Go cyclists!

I take a shower (which could be shorter but the hot water feels so gooood), innerly praising my employer for providing the facilities. As I am using my shampoo bar on my hair I’m thinking about the possibility of going no-(sham)poo or just water washing. But then again, could I handle smelling like vinaigrette? I put on the store-bought deodorant which I can’t wait to use up because I want to have a go at the homemade stuff. A mental note creeps in: get arrowroot powder for the recipe.

Fresh as a daisy after the morning workout (streamlining does work – commuting on the bike means no need to go the boring gym – yay!), I make myself a cup of tea. I’m feeling smug praising my decision to stop drinking coffee all those years ago. It was long before ZW and it started as an experiment but it seems to have taken hold. The tea is loose, a great maté blend from the tea shop where you can fill your own tin. It’s funny how it’s easier to get luxury items without packaging, like tea and nuts, but looking for a few lentils in bulk can be a nightmare. I wish there was a proper bulk shop around but I’m happy with the bulk options I found so far (and they seem to be growing!). After steeping the tea, I put the leaves into a jar and I explain to my curious colleague that at the end of the week, I bring the jar home to empty it in my compost bin. I wish my company had compost bins. They’re doing well to have recycling bins in, it’s a start. Perhaps, if I put my mind to it, I can make them change theirs.

As the days continues, I go about my work. From time to time I think how great it would be to work for a properly green company, one that works in the sustainability industry. Immediately afterwards I think that working on my own green venture would be even better. One can dream. Or plan 🙂 While snacking on my nuts from a jar, I occasionally check the local Zero Waste Facebook page. Sometimes I comment and think back about the beginnings of my ZW journey…how much I learned and how much I changed my habits since! Figuring out what worked and what didn’t was the fun part! And it still is.

For lunch, I have my no-food-waste-in-my-house leftover provision. After I’m finished, I casually check the canteen’s general  bin for any recyclables. Most of the days, there are some. As I’m washing them, I think about what would make others actually give a crap and at least recycle. Then I think back to those days when I had a ready-made salad packed in a plastic bowl for lunch, a plastic bottle of orange juice and a packet of crisps or a Kit-Kat for mine. Thankfully, those days are gone. I put the recyclables where they belong and think that if there was a deposit system for plastic bottles, it would be much easier to get people to change. I just can’t grasp how all the plastic bottles get used for about 30 minutes and then get dumped. Sigh. 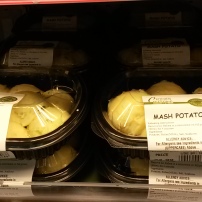 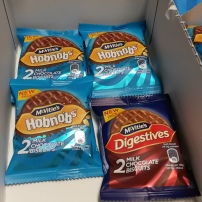 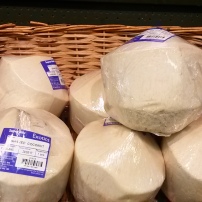 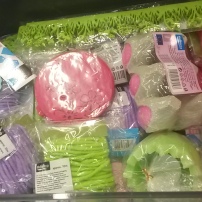 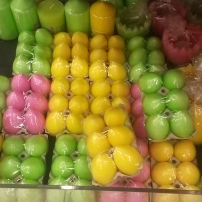 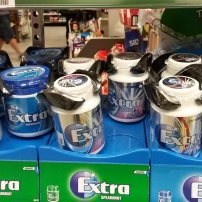 After lunch, rain or shine, a short walk is in order to clear the head and get some (reasonably) fresh air. I walk along the canal and pass a lunch food market with lovely smells from all the different  kitchens. Instead of looking at their menus, however, I look around at the amount of polystyrene trays and plastic cutlery left behind. They are in a bin in the best case, near the bin or, in the worst case, on the footpath. For about the fifth time that day, I cannot help thinking if my own ZW efforts can change anything. All the plastic I avoid and all the rubbish I don’t throw away will still be created somewhere. I feel a bit down but then I realise it doesn’t matter what other people are doing right now. As long as I keep doing my bit, there is a chance I can spread my way of thinking. Then I remember that activism is the best way to change things so I decide that I will send a message to the market organisers to see if they could maybe provide more bins or compostable food containers. Or, even better, to encourage customers to bring their own lunchboxes. Bit by bit, starfish by starfish.

I finish up my work, gather all the empty jars from the day and rattling like a bottle bank I hop on my bike. As I am cycling and thinking what culinary marvel I will try to create for dinner (the veggie box arrived yesterday so I have lots of fresh produce to play with), I make a list in my head of things to do…water the raised bed with some semi-decent gardening attempts, change the beer traps for slugs who love the aforementioned attempts, buy some baking soda, trying to find that Redecker dish brush online and find out who could crochet some dishcloths for me…I am flying on the bike (reasonably restricted by the jars’ clanking) but have to, yet again, stop behind a puffing bus at the lights. Ah well, ups and downs, ups and downs.

It’s strange to think that just a couple of years back, none of these thoughts crossed my mind in an average day. I guess this is what happens when you find a cause that you really want to get behind. But I do sometimes wish I didn’t have to think about these things so much and living sustainably was the norm. Until then, I’ll happily do it all again tomorrow. 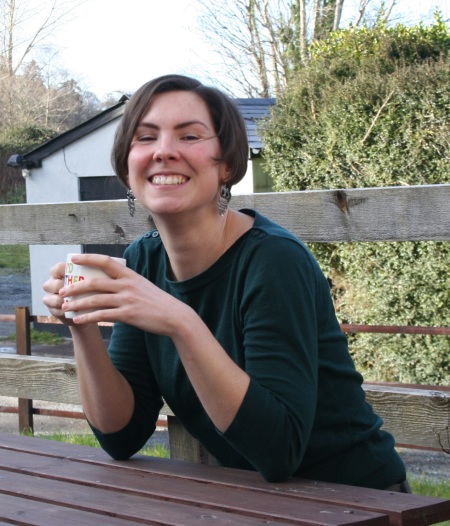 I set off on a journey towards a simpler life with Zero Waste. You are welcome to join me! Zdenka

I am proud to be a member of the Zero Waste Bloggers Network!

My life in pictures